On February 12, an Iowa woman went on a violent rampage at a gas station convenience store, destroying property, and then hitting, kicking and biting the cashier. A few days later, on February 15th, an Illinois man allegedly fired a gun through a glass door into a Wendy’s. The reason for the attack? He was “not happy with the service” he received at the drive-thru. On February 20, a video was posted to Twitter of a barefoot customer climbing barefoot through a drive-thru window to confront employees because they’d forgotten to include ranch dressing with her order.

What does that mean for franchisees who may be reopening their dining rooms or who have stores in states with contentious or confusing mask mandates?

Need help with assessing your site? Contact us now for a demo.

Poor customer service has been the excuse many of the violent customers have used to justify their attacks on franchise employees. While missing ranch dressing or poor customer service is no reason to attack another person, it’s best to make sure your staff members are well trained and don’t give an aggressive customer any reason to attack. The key is to manage the aggression through effective techniques you can control.

Because customer service might seem like an odd topic for a security blog to address, especially in a post about violence, let’s break this down a little.

With all that in mind, professionalism and good customer service is the first line of defense against already-angry customers who feel attacked by mistakes. By ensuring that you have a strong manager on store at each site, you can make sure that your workers are consistently doing their jobs well and providing aggressive customer service — making sure to update a customer who has been impatiently waiting on an order, for example, or checking in with customers to make sure they have everything they need.

Good customer service isn’t necessarily going to deter a customer who is already at the boiling point. Consider the woman who attacked the gas station cashier without reading. To help mitigate these problems, franchisees should consider investing in aggressive management training for all employees, not just managers.

A strong management training course will teach employees to read body language and warning signs and deescalate a situation before it gets worse by intervening to soothe someone who has been pacing, sighing or rolling their eyes.

You will probably have to seek out a consultant to provide such a course, however; often corporations don't provide aggressive management training because they don’t want to frighten incoming employees. A good course will focus on scenarios like robberies, active shooters, and violent customers, discussing the specific action employees need to take to keep themselves and the other customers safe.

If a person is truly seeking to do violence, de-escalation isn’t going to work. In this case, it’s important to have a plan in place — employees should know exactly what to do and where to do in case of an emergency, whether that’s retreating to the back with other customers, fighting back, filming the incident, or calling 911 immediately.

Your locations should also have countermeasures, such as cameras, sturdy counters that people can hide behind, and other measures that will keep employees and customers safe. If you aren’t sure how to set up safety countermeasures, it’s time to assess the security of your site by calling a trained assessor.

Ready to talk to a professional about making your site secure? Talk to us now about assessing your security. 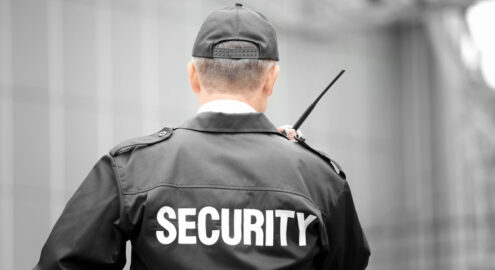 Ask The Expert: How Do We Know If Our Guard Force Is Performing Well?

Your guard force is one of the most important lines of defense between your site and an incident....

Choosing a robotics vendor can be daunting. Find out how to pick the right robotics supplier.

Ask the Expert: Should I Vet My Contractors?

Most companies are serious about vetting employees. But what about contractors? Do you know who...

Ask the Expert: How Can We Make Security Important to Everyone?

We often say that security is everyone’s job. Here are 10 ways to change your workers’ attitude...