If you’re a security technology geek, ISC West — which took place in Las Vegas from March 28 -31 — is the place to be. Exhibitors at the show sell everything from cameras to drones to biometric access control devices.

Despite the emphasis on technology, however, many of the vendors aren’t selling anything that’s truly new and innovative. Very little has been developed to solve age-old security problems.That struck me as interesting, because at this year’s conference, many of the attendees arrived with a specific problem they needed solved: underperformance of security officers.

“My boss sent me here today specifically for AI and robotics,” said an attendee at a presentation about security innovation by Robotic Assistance Devices (RAD). The attendee, who works for a utility firm, was looking for alternatives to security guards. “It’s been very challenging for our guard service contractor to fill posts because In-N-Out Burger pays the same wage. We’ve worked with them, but today a guard raised the flag at our headquarters upside down for the second time. My boss is very frustrated.”

That commenter was not alone. According to a poll we took at ISC West and in a recent CSO Risk Council webinar, many security leaders are having the same problem: officers’ wages have been raised, but open posts, turnover and poor service delivery persists.

Frustrated CSOs are looking for an alternative to traditional guards.

According to our poll, security budgets were raised across the board, with about a third of organizations raising their security budget between 9 and 14%. More than half of those increases were due to an increase in the wages of security officers.

Unfortunately, the wage increase didn’t solve any of the problems those organizations had with their security forces. Our poll found that one third of respondents still experience quality issues with their providers, while almost all respondents saw no or very little change in turnover and open post problems.

Companies and security service contractors were likely hoping they’d be able to attract new, better applicants to fill open posts with the increased wages. Unfortunately, the higher wages just went to the same candidates that had been in the job pool before. Now, like the officer, who raised the flag upside down twice, those officers are simply being given automatic increases or hired and re-hired for higher wages.

All of this has created a problem for CSOs; their organizations can’t justify higher security budgets if they’re going to keep seeing the same old problem; almost 70% of CSOs have been asked to find savings in their security budget. Leadership also can’t tolerate the same security service problems they tolerated before the raise.

More than half of the people we talked to at ISC West were asking the same question: can technology take the place of repetitive actions performed by security officers?

Can (and should) autonomous security units replace officers?

There are many automated solutions that can replace or supplement security officers, such as kiosks or card readers. Those solutions however, lack something officers have: autonomy. They can’t read and understand security post orders the way a guard can.

There are, however, some autonomous robotics that are able to act on their own. RAD, for example, makes a variety of robots that serve various security needs:

The main point of these devices is that they operate autonomously based on the understanding of the security post orders and only engage a human officer if there is a situation that they can't handle or where the visitor requests to speak to a live officer.

To learn more about these solutions, or to sign up for a security force optimization contact us . 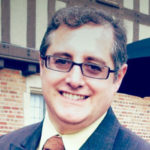 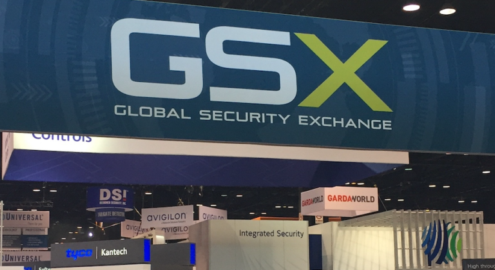 Are you going to the Global Security Exchange (GSX) this fall? If not, you should be. If you’re...