US Rocked by 3 Mass Shootings During Easter Weekend; 2 Dead

From U.S. News & World Report: Authorities in South Carolina are investigating a shooting at a nightclub that wounded at least nine people on April 17.. It was the second mass shooting in the state and the third in the nation during the Easter holiday weekend. The shootings in South Carolina and one in Pittsburgh, in which two minors were killed early Sunday, also left at least 31 people wounded.

Our take: As pandemic restrictions decrease but the mental health epidemic goes untreated, mass shootings are on the rise. This month has seen several active shooter incidents across the U.S., from the Easter weekend shootings to a shooting in Sacramento to a shooter in the NYC subway. To stop these incidents from happening, we have to focus on the root of the problem by destigmatizing mental health and treating those who need help.

From KIMT3 News: Since the start of the year 2022, 534 tornadoes have been reported across the lower 48, spanning over 23 states. Most noticeably, the deep south has recorded a majority of the active reports with Mississippi leading the pack at 100. Compared to the south, only one Midwest state has come close to matching these numbers, Iowa.

Our take: Storms are worsening and this is just the start of tornado season across most of the U.S. Now is the time for businesses to start examining their plans for severe weather and evacuations. By planning ahead for those scenarios, you can prevent a tragic outcome later.

From Florida Today: Gov. Ron DeSantis and the Florida Legislature's actions to start the clock on dissolving a special self-governance district created for The Walt Disney Co. in 1967 could have dramatic impacts for two Orlando-area counties and their taxpayers. The 38.5-square-mile Reedy Creek Improvement District gave Disney significant control of its property surrounding its Walt Disney World complex in Orange and Osceola counties. Reedy Creek, for example, oversees public safety for Disney, as well as upkeep of roads and other infrastructure like water treatment and building inspections. Dissolving Reedy Creek is equivalent to dissolving a city.

Our take: This move to revoke Disney’s standing should be a concern for everyone — park guests and Florida county officials alike. Disney has been handling emergency services and policing in its parks for decades. If the park has to rely on local safety services, this could be disastrous for a police force that can’t handle the parks’ needs, and for taxpayers who will suddenly have to fund those services. This is a ludicrous and dangerous move by the state of Florida intended to punish Disney for disagreeing with the state’s stance on LGBTQIA issues.

From (WJRT): An Owosso man was convicted more than a year after he was walking around outside a Holly school and videotaping people inside through windows. The Holly Police Department says an Oakland County jury convicted 48-year-old Matthew Wrosch on Tuesday of one misdemeanor count of disturbing schools. He faces up to 90 days in jail and a $500 fine at sentencing on June 29. Holly Police Chief Jerry Narsh said Wrosch is an active member of Michigan Constitutional Crusaders, who get in confrontations with public officials and post videos of them online.

Our take: While public school grounds are public property, it should go without saying that videoing classrooms through the window of a school is not acceptable or legal behavior. In fact, taking video of students without permission can harm them — often parents don’t want their children to appear in photos or videos for legal or custody reasons. Whatever Wrosch thought he was achieving, he was potentially jeopardizing the safety of those students.

FEMA's Nonprofit Security Grant Program (NSGP): The NSGP is one of three grant programs that support the Department of Homeland Security (DHS)/Federal Emergency Management Agency’s focus on enhancing the ability of state, local, tribal and territorial governments, as well as nonprofit organizations, to prevent, prepare for, protect against, and respond to terrorist attacks. These grant programs are part of a comprehensive set of measures authorized by Congress and implemented by DHS to help strengthen the nation’s communities against potential terrorist attacks. The NSGP provides funding to nonprofit organizations at high risk of a terrorist attack for facility hardening and other physical security enhancements and activities. Grant will be posted: No later than May 13, 2022

Fiscal Year (FY) 2022 Targeted Violence and Terrorism Prevention (TVTP): This program supports projects that prevent all forms of targeted violence and terrorism as well as projects that seek to prevent emerging or growing threats. In particular, individuals and organizations with violent ideologies, conspiracies, and grievances of all kinds are weaponizing online platforms to radicalize individuals to commit targeted violence; this program supports online, offline, and hybrid programs that address this threat. The TVTP Grant Program seeks to supports the development of local prevention programs and online prevention capabilities in accordance with the September 2019 Strategic Framework for Countering Terrorism and Targeted Violence and in support of the terrorism prevention objectives in the March 2021 Interim National Security Strategic Guidance. This grant program also directly supports Strategic Goal 2.1, Strengthen Domestic Terrorism Prevention Resources and Services of the June 2021 National Strategy for Countering Domestic Terrorism. Grant closes: May 18, 2022 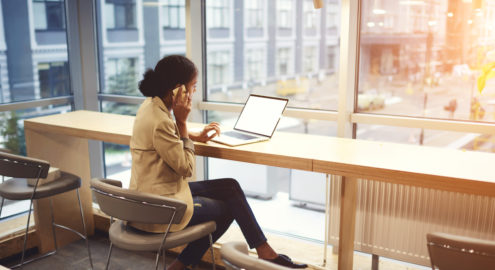 Tornado safety, cargo theft, and increased road rage were all in the news this month. Read these... 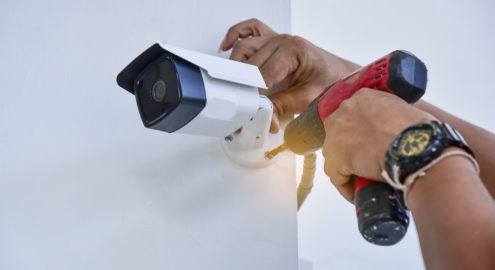