D.C. and other cities seeing drop in robberies during pandemic, but assaults are up

From The Washington Post: Fewer people in Washington DC and other urban centers are being robbed, but more are being assaulted during quarantine according to the Washington Post. Overall, violent crime has gone down 16 percent since early March, when the District’s first confirmed coronavirus case materialized and residents began self-isolating. Assaults, including shootings, are up. And the number of homicides is keeping pace with 2019, which ended with a decade-high. Data analyzed by The Washington Post shows DC is mirroring other cities, which recorded drops in property crime while violent crime remained flat. In 15 cities, including Dallas, Atlanta and Chicago, statistics showed de­creases in crime as coronavirus ­cases began to surge and residents were asked to work from home. Baltimore had a spike in deadly violence at the end of March but also has seen a drop in property crime.

Our take: Like everything else, crime is changing during the pandemic. Property crime might be dropping as criminals stay home, but targeted shootings, assaults, and killings aren’t changing. Domestic abuse reports are down, but the Post suggests that domestic abuse victims may not be reporting abuse because they can’t get far enough from their abusers to do so safely. As employers, your job is to protect your people (even if they’re working from home), so if you sense your employees are in jeopardy, reach out and make sure they are ok. That might mean contacting them yourself, or contacting the authorities on their behalf.

From CNN: For the second week in a row, people across the South woke up to storm damage caused by extreme winds, hail and tornadoes. Deadly tornadoes struck the same region on Easter. The region experienced eerily similar conditions on Sunday. There were reports of at least seven tornadoes Sunday night into Monday morning. In addition, there were more than 100 reports of damaging winds and more than 30 reports of hail from Kansas to Florida.

Our take: Intense weather events are happening more frequently. Business owners can’t stop a tornado, but they do need to assess the risk of one happening and to know how their sites, workforce and supply line will be impacted if a weather event strikes their area.

From NPR: A painting by Vincent van Gogh was stolen in late March from a Dutch museum in what appeared to be a smash-and-grab from the institution's front entrance. The painting, an 1884 work titled The Parsonage Garden at Nuenen in Spring 1884, had been on loan to the Singer Laren museum near Amsterdam. It is part of the permanent collection of the Groninger Museum, in the northern part of the Netherlands. Police say the break-in took place at about 3:15 a.m. local time, on March 30. The museum has been closed to the public since earlier this month because of the coronavirus pandemic, but it was initially unclear whether its overnight security staff or other measures had been reduced because of health concerns.

Our take: As the lockdown stretches on and people become more desperate, criminals will begin to take note of the institutions that do not have proper security measures in place. Protect your guards with proper social distancing and PPE, but also be sure to have them stationed.

From Vox: As weeks of distancing turn into months, many people are experiencing a greater and greater sense of isolation. They’re also dealing with the uncertainty of when and how the pandemic will end, the fear of getting infected, the economic crisis that has cost millions of Americans their jobs, and the inconsistent messaging about the virus from authority figures. Covid-19 patients and those caring for them could be especially at risk for anxiety, depression, and other conditions.

Our take: The mental crisis caused by the pandemic is likely taking a toll on your employees and customers. If you own a business, now is a good time to make sure Human Resources is reaching out to make sure your people are okay, and have the mental health resources they need to stay healthy during lockdown.

From The National Post: One of the worst mass killings in Canadian history unfolded over 12 hours starting late Saturday night, as Gabriel Wortman, 51, murdered at least 18 people in a rampage through northern Nova Scotia, setting fires and shooting at police while dressed as an Royal Candadian Mounted Police officer and driving a mocked-up police cruiser. The spree killing that began Saturday night in the seaside village of Portapique, N.S., ended 100 km away on Sunday morning at a gas station outside Halifax, where Wortman was located by a large force of police officers and dogs, and died in a confrontation.

Our take: Active shooter incidents have slowed down somewhat during the quarantine, as people have been kept home and out of public spaces, but they’ve not stopped altogether, and mental health issues caused by the pandemic may be a factor. A shooting incident of this size in Canada, a country where mass shootings are rare, is significant proof that communities and businesses still need to be vigilant when it comes to active shooters. 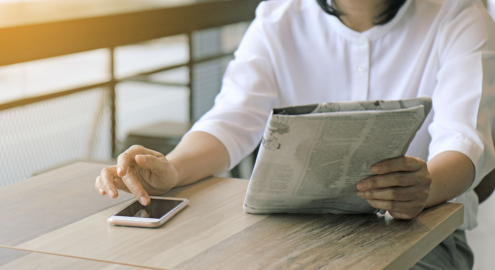 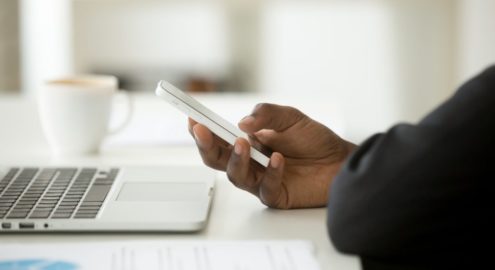 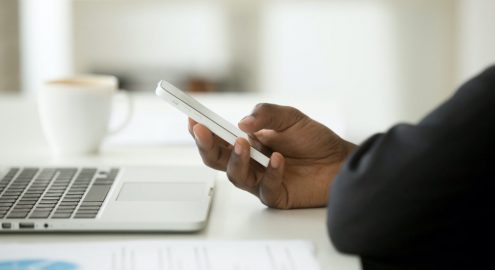 March 2020 – Top News in the Security and Risk Industry

Coronavirus dominated the news this past month. Here are the headlines from March.