Gustave K. Lipman is an investor and advisor to innovative security services groups. In January 2019, Mr. Lipman became Chairman of Circadian Risk. In addition, Gustave Lipman serves as Senior Advisor to the CEO, Voyager Labs. Voyager Labs is the leading provider of artificial intelligence solutions to the security, investigative and intelligence communities.

In this role, he has identified and represented cutting edge security technology providers from Israel for the United States and its allies. Gustave Lipman serves as an advisory board member of Ataata. Developed by top leadership from the US military, law enforcement and the intelligence community, Ataata is a security awareness training and cyber risk management platform that helps combat information security breaches caused by employee mistakes. In November 2018, Gustave Lipman became a member of the Board of Advisors of BLΔKFX. They solve the cryptocurrency crisis with patent-pending cryptographic technologies and differentiates itself from the competition with five layers of encryption, including two layers that provide quantum computing attack immunity. Making advancements in blockchain & the crypto-currency space, BLΔKFX has developed a comprehensive secure ecosystem, offering pioneering levels of crypto-asset security to support the $220B cryptocurrency market. This secure software helps strategic partners launch crypto coins by reducing operational and liquidity costs, and build trust with superior security, while providing faster transaction speeds and liquidity.

From 2015 to 2017, Gustave Lipman was Senior Vice President, Integration, for Allied Universal, the largest provider of security services in North America and third largest in the world with revenues of $7 billion and 250,000 employees. In this role, Mr. Lipman was part of the senior management team focusing on execution of management objectives from mergers and acquisitions. From 2011 until Allied Universal’s acquisition of Guardsmark in 2015, Mr. Lipman served as Chief Operating Officer of Guardsmark LLC, the fifth largest security services companies in North America. At Guardsmark, Mr. Lipman was responsible for the growth and development of the security division.

Professionally, Gustave Lipman is a board member is a member of the New York Chapter of FBI Infragard, an association of individuals that facilitates information sharing and intelligence between businesses, academic institutions, state and local law enforcement agencies, and other participants dedicated to prevent hostile acts against the United States. Mr. Lipman served on the board of the Ligue Internationale Des Societes De Surveillance from 2015-2017 and was a delegate from 2004-2017. Mr. Lipman is a member of NYPD Shield and the American Society for Industrial Security (ASIS) for over 25 years.

Mr. Lipman is a dedicated and involved member of the community serving in various roles on the following boards: The Jewish Museum in New York, the Board of Overseers at the Graduate School of Education at the University of Pennsylvania, Executive Committee of the Alumni Association of Deerfield Academy and Ambassador US Navy Seal Foundation.

Gustave Lipman earned a Bachelors of Science in Economics with concentrations in Strategic Management and Entrepreneurship from The Wharton School of the University of Pennsylvania in 1994. In 2018, Mr. Lipman received from Harvard University a certificate for Cybersecurity: Managing Risk in the Information Age. In 2019, Mr. Lipman received a certificate from the University of Oxford for the Oxford Blockchain Strategy Programme and from the Massachusetts Institute of Technology for Artificial Intelligence: Implications for Business Strategy.
Mr. Lipman is a member of the Council on Foreign Relations. 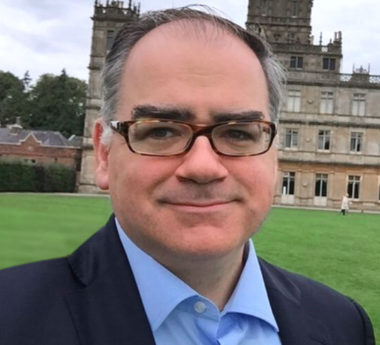